by brianbunke on February 28, 2018 under blog
4 minute read
This post is part of the series 'azureapi':

Yesterday, we created an Azure Functions App with a “ScriptingGuysGet” function inside. It’s pretty rad…but we had to manually paste that code into a text box in Azure.

If you’re iterating on your code in source control, at some point you’re going to wish those commits would automatically update your Azure Function.

Wish no more, my friend.

No experience with GitHub / source control?

This walkthrough assumes you know the basics of creating a repository on GitHub and committing files to it.

If that’s new to you, that’s ok, we’ve all gotta learn sometime! I previously wrote a GitHub 101 series, because I’d like more of my IT Ops friends to get familiar with that workflow. IMHO: All that is cool in technology these days relies on source control as a foundation, so I hope you consider it.

Since we have a function app with one function already in place, the blueprint of what Azure Functions expects is already there. We need to “Download app content,” so we can get it into a new GitHub repo.

This comes down as a .zip file to your browser’s download location.

If you “Include app settings in the download,” you just get an extra local.settings.json file. Not needed in this walkthrough, but nice if you get serious and want to define everything from source control.

Here’s the entire contents of the .zip file you download:

So dump those into your new GitHub repo!

Connect your function app to GitHub

Once again, the official doc was pretty easy to follow. Here are some screenshots of my process, if you’d like to make sure you’re following along: 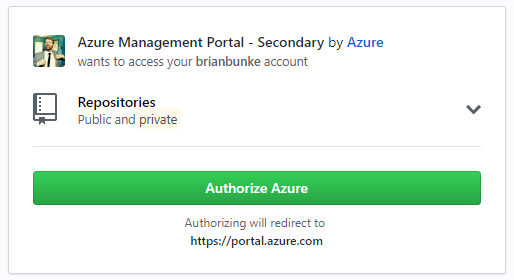 (Note that private repos are included as well)

Select the organization + repository + branch to sync with: 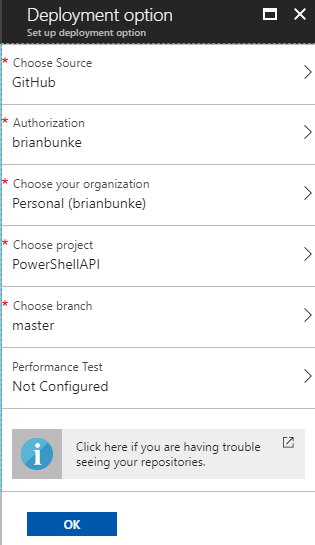 Once it’s created, it’ll sync pretty quickly. I was impatient the first time, and kicked it off manually. Either way.

It found my commit, and shows details of the sync process: 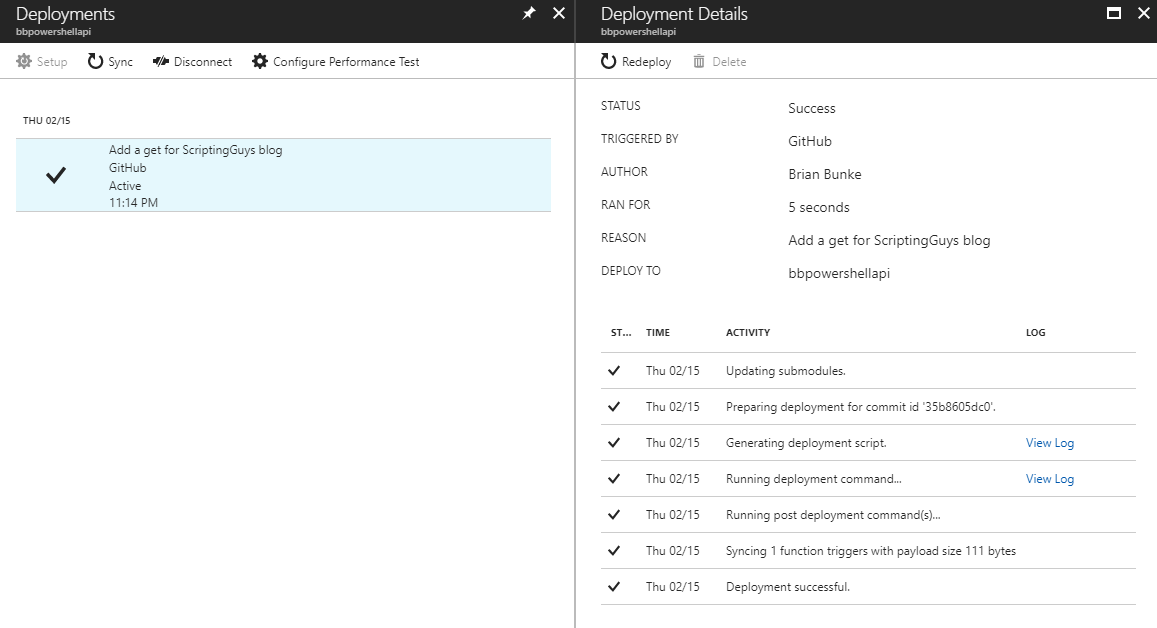 Now you can browse back to your Azure Function, and something’s different:

I was really excited to see “Your app is currently in read only mode.” Of course, that’s because I thought everything had worked perfectly…

…but “read-only mode” happens whether your repo is laid out properly or not. Mine wasn’t at first, and I had to flail for a while to learn why further commits weren’t changing anything.

Turns out, I didn’t know about the “Downloading your function app” step above, and Azure Functions was too polite to point out that my zipper was down.

But you don’t have that problem! Let’s keep rolling.

Commit a new function to your repo

With the sync working, I’d like to add another function to check the PowerShell Team blog.

Remember: Azure Functions expects each function to have its own folder, containing function.json and run.ps1.

I have copied ScriptingGuysGet into new function PowerShellTeamGet. I just needed to change the hard-coded BaseURI, because both blogs helpfully run on the same backend system. This is great because it’s super low effort, and less great because I’m grossly violating DRY. 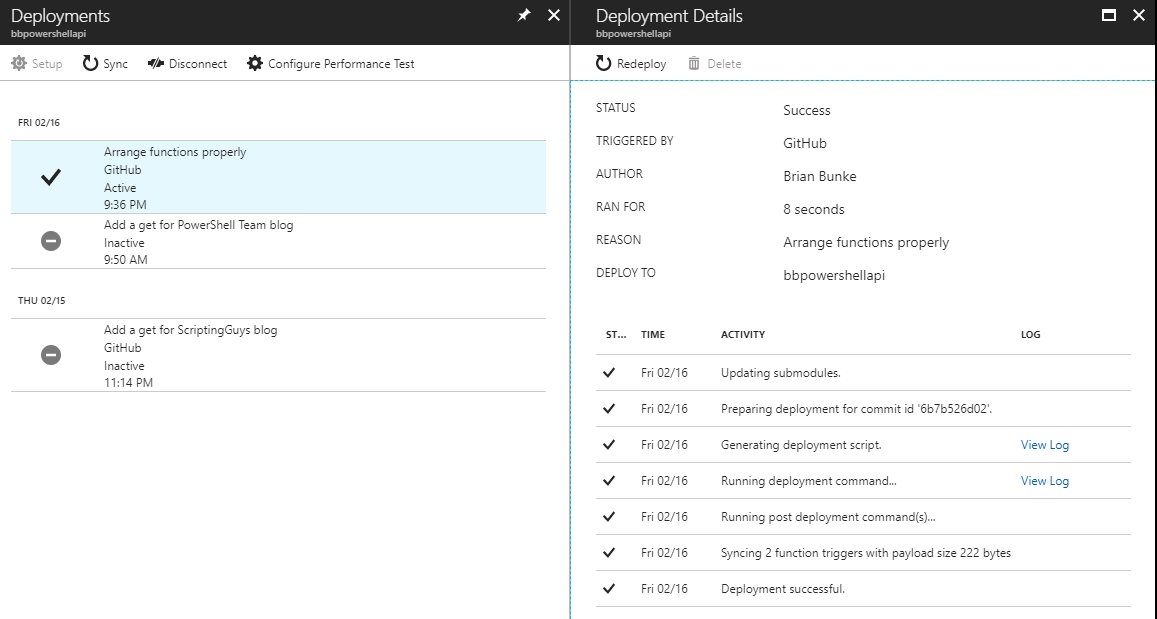 Without needing to manually sync, the new commit’s details are already available. We see that it is now active, and has marked the previous commit as inactive. (The ScriptingGuysGet function is unaffected, since it already existed in our repo and we didn’t change that file/folder.)

For reference, my PowerShellAPI repo is available on GitHub.

We have an Azure Functions App, two functions inside it, and the ability to automatically update contents with a simple GitHub commit. That’s preeetty cool.

But what good is a cool function app if you can’t connect it to the rest of the Azure ecosystem? Well, allow me to definitively answer that eternal question once and for all: Kind of good.

To level up, next time we’ll generate a Swagger v2.0 API specification file from our current state, and peek inside the doorways it opens for us.

Next post in the series: Add an API spec in Azure Functions
powershell, azure, serverless, api, functions, code, github
Spotted a mistake in this article? Why not suggest an edit!